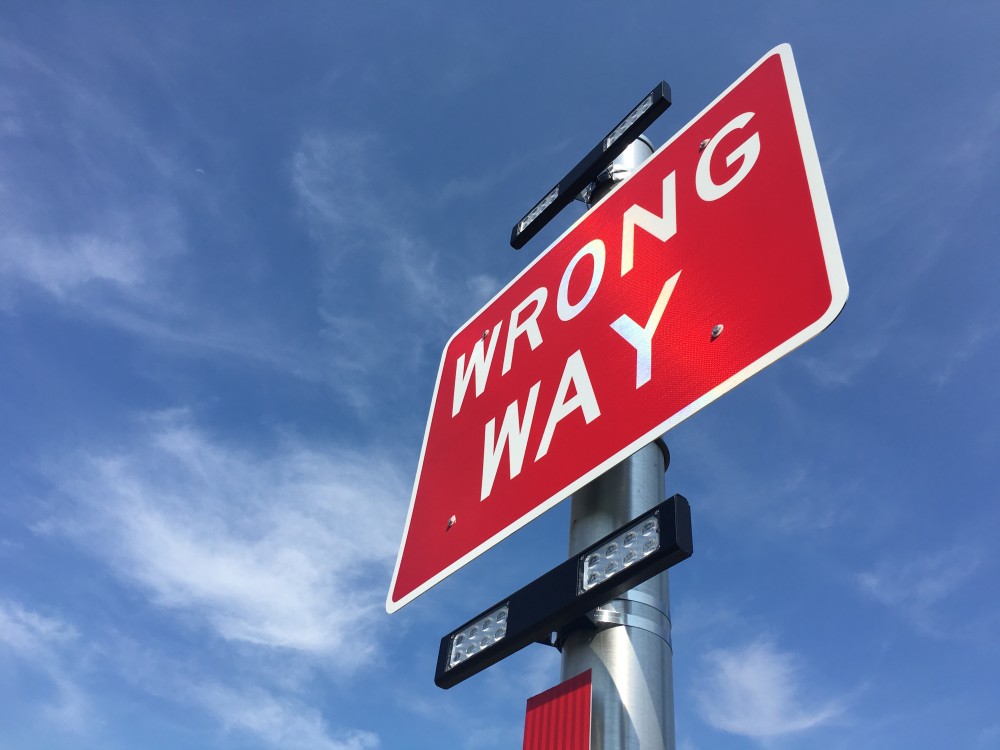 The three-phase program began in 2012 in partnership with the University of Central Florida with an objective to evaluate the use of “Wrong Way” signs equipped with flashing beacons to prevent wrong-way drivers from entering CFX’s expressway system. DRMP fulfilled the role of developing Contract Documents for the design and installation of an approved wrong-way detection system.  DRMP’s ITS design allowed the system to detect wrong-way driving and communicate the recording of the wrong-way incident to FDOT District Five Regional Transportation Management Center (RTMC) within a six second timeframe. DRMP developed the standard layout for Wrong-Way deployments for nearly 30 identified high risk areas and future sites to come.

Using CCTV cameras, microwave, laser, fiber optic and cellular-based technologies, the wrong-way system signals a warning to the RTMC, which prompts officials to notify, and essentially expedite, emergency responders to the scene of a wrong way event. To prevent traffic incidents the system emits a rapid flashing light that warns wrong-way drivers, along with a prominent Wrong-Way sign, that they are headed in the wrong direction. Messages can then immediately be posted on nearby dynamic message signs alerting oncoming traffic to proceed with caution when a wrong-way incident is confirmed.

A job of this scale and complexity would usually take six months to a year to design, but DRMP’s design challenge required getting the plans to construction bid stage in two months, said Nick DeVito, DRMP ITS Engineer who served as the project’s Engineer of Record.

“The schedule and detection technology were the biggest challenges. We had to work with various vendors on testing to utilize a laser based detection technology for the systems where microwave-technology didn’t meet the accuracy required for detection. We also ran multiple tests on the different technologies to make sure those technologies work well together to ensure longevity, maintainability, aesthetics and ultimately meet CFX’s satisfaction,” DeVito said.

A total of 19 of the 29 wrong way systems are already in operation. The remaining ramps are slotted to be built within the first quarter of 2017.

DRMP is a multi-discipline firm serving clients in the public, private and industrial sectors in the development of infrastructure and has been in business since 1977.  DRMP currently employs 300 professionals in 13 office locations spread strategically across our service area.  Today, DRMP is ranked among Engineering News-Record’s “Top 500 Design Firms” in the United States.  For more information, please visit www.drmp.com.

Posted in the categories All, Awards.